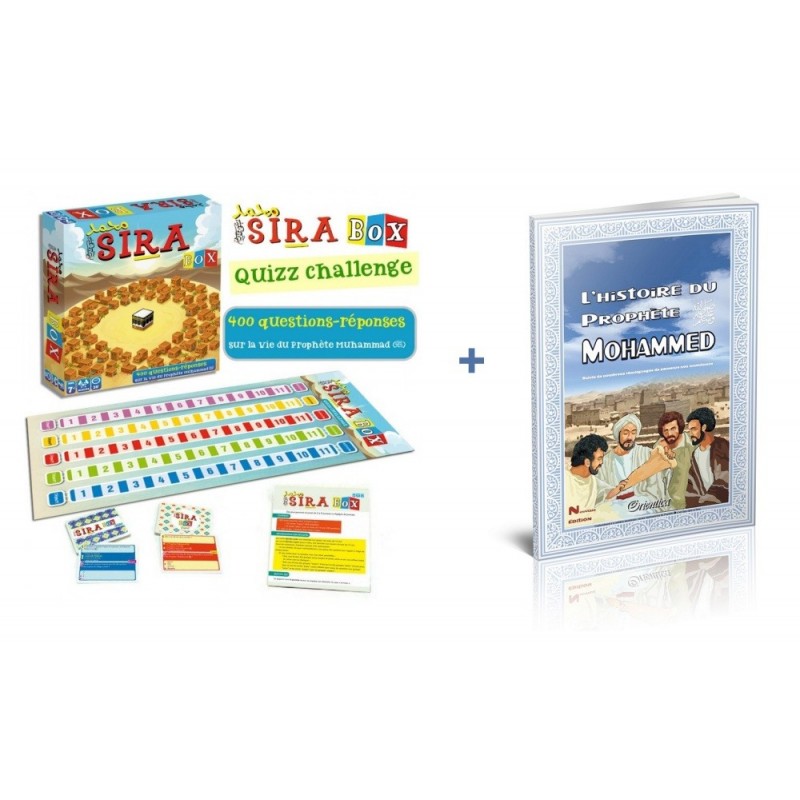 €19.00
Pack consisting of the SiraBox company game and the book The History of the Prophet Mohammed (BSDL) - Suivie of many testimonies ... Company Game: Sira Box The SIRA Box is an exciting game for children and adults to discover the life of the Prophet Muhammad (SAW), from his birth in Mecca until his death in Medina. Pedagogic, this game appeals to memory, encourages players to read the Sira and reserves many of the surprises ...

Pack consisting of the SiraBox company game and the book The Story of the Prophet Mohammed (BSDL) - Suivie for many testimonials ...

Muhammad (SAW), from his birth in Mecca until his death in Medina. Pedagogic, this game uses memory, encourages players to read the Sira and reserves many surprises.

The Prophet Muhammad (SAW) occupies a unique place in the consciousness and life of Muslims.

He is the one who has received and transmitted the Koran, the revealed text which recalls the prominent place of the Sent of God, all at the same Prophet, model and guide.

Book: The History of the Prophet Mohammed (BSDL)

The History of the Prophet Mohammed (BSDL) illustrated in pictures, followed by many testimonies of non-Muslim thinkers.

The life of the Prophet Mohammed (BSDL) is an inexhaustible source of teachings. This noble Messager has received from God priceless qualities that make him the best of creatures. It is, par excellence, the model to follow for any sincere Muslim. But how to follow his example without knowing his life? This book has the ambition to tell with simple words the great destiny of this man who has done everything for the Truth to reach us. To conclude, we have introduced many testimonies of non-Muslim writers and thinkers, such as: Voltaire, Napoleon Bonaparte, Gandhi, Gustave Le Bon, Lamartine, Von Goethe, etc.

" If the greatness of the design, the smallness of the means, and the immensity of the results are the three measures of man's genius, who will dare to compare humanly a great man of modern history to Muhammad?! The most famous have won only weapons, laws, empires, and they have founded-when they have founded something-only physical powers, often crumpled before them. This one has won souls, laws, empires, peoples, dynasties, millions of men over a third of the inhabited globe, but he has won more altars, gods, religions, ideas, beliefs, souls, he based on a book whose every letter has become law, a spiritual nationality that embraces the peoples of every language and race, and has inspired, for the indelible character of this Muslim nationality, the hatred of the false gods, and the passion of God one and immaterial. This patriotism, vengeful of the profanations of Heaven, was the virtue of the children of Mohammed, the conquest of the third of the earth to his dogma was his miracle, or rather it was not the miracle of a man, it was that of reason. The idea of the unity of God proclaimed in the weariness of the fabulous theologies, had in itself such virtue, that by exploding on her lips she set fire to all the old temples of idols and lit its glow a third of the world ... Philosopher, speaker, apostle legislator, warrior, conqueror of ideas, restaurateur of rational dogmas of a cult without images, founder of twenty land empires and a spiritual empire. Here is Mohammed! At all scales where we measure human greatness, which man was greater?!" (Lamartine).

" It was certainly a very large man who formed large men. He had to be a martyr or conqueror. There was no middle. He always defeated and all his victories were won by the small number on the large. Conqueror, legislator, monarch and pontiff, he played the greatest role on earth in the eyes of men." (Voltaire). 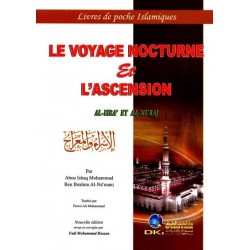 Board Game: Quran Challenge - The world of the Quran in one box

4 other products in the same category: